I went to San Antonio last month for the 14th Annual Forum of the International Academy of Collaborative Professionals.  San Antonio is an experience like no other.   While I was strolling down the River Walk, I heard my name called and saw it was Ryan Martin of Nelson heading to the Buckhorn Saloon from whence I had just come.  There are hundreds of dead heads on the walls of the Buckhorn, and the real Bonnie and Clyde getaway car is on display, complete with tons of bullet holes.   I also attended a gun rally at the Alamo where for two hours citizens could wear their guns openly and did not have to conceal their weapons while they talked about how they could wear their guns openly if only they broke away from the United States and the constitution which prohibits them from wearing guns openly.  There were hundreds of loaded assault weapons in people’s hands, kids meandering about.  It seems so strange to me that Americans feel the need to protect themselves from Americans.  When I asked one young man with an automatic assault weapon what he plans to shoot, he said, simply, “Everything.”  San Antonio is wonderfully Mexican, beautiful and warm, although I note today only it is only 4 degrees there.  I rode a long horn steer and was in an armadillo race.  This was my 9th IACP Forum.  It is always so rejuvenating to spend time with like minded professionals from 25 countries.  The theme of the forum this year was “The Power of Collective Wisdom”.  It was a very powerful gathering.  One speaker in particular had a big impact on me when she spoke of conflict being a gift of evolution.  She described how we get excited and motivated when we disagree with another, and that stimulates change, evolution.  I was introduced to a short You Tube film called The Children’s Fire, which has been imprinted on my mind forever. 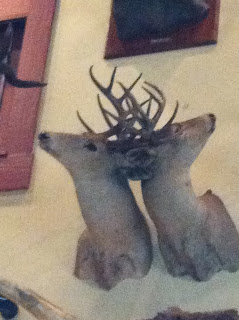 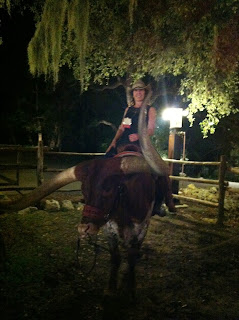 Posted by Resolution Place at 1:51 PM

No Court Divorce - Nelson BC